I’m guessing it started out as a way of emulating the exaggerated way that American teens say things like ‘Oh my god’, with big pauses between the words. (Try reading it out: ‘Oh. My. God.’) It’s now mostly used as a way of saying something’s great (‘Best. [Insert noun here]. Ever.’)

I love the fact that it’s all about the comic timing: you have to read it out in your head with the exaggerated pauses. 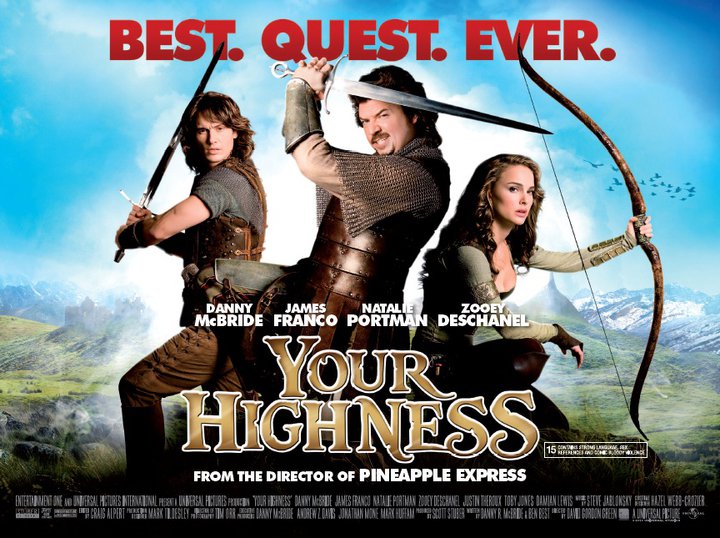 So it’s a shame that it’s probably had its day. It’s just turned up on the poster for comedy medieval rompfest film Your Highness. (‘Best. Quest. Ever.’) When Hollywood gets its hands on anything, you know it’s done for.