Close, but no Black Pencil for writing at this year’s D&AD Awards 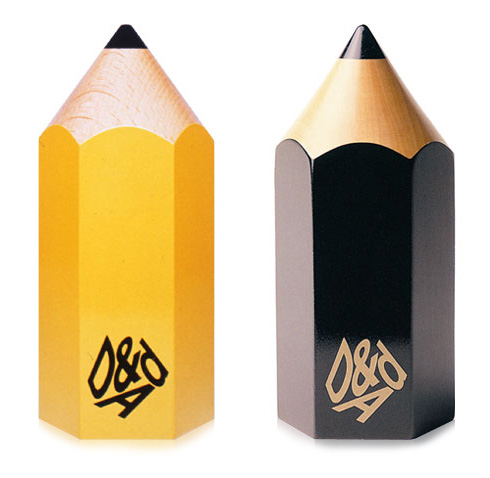 When I was a seventeen-year-old advertising student in South Africa, it was my dream to win a D&AD Award. So I was as thrilled as a teenager on a first date to be at last night’s awards ceremony as foreman of the ‘writing for design’ jury.

Being foreman meant I got to judge not only the Yellow Pencils, but also the coveted Black Pencils, which recognise the best of the best from across all design categories.

As I wrote here the last time I judged the awards, winning a Yellow Pencil is hard enough. But to be awarded a Black Pencil, a piece of work needs to be truly groundbreaking.

Sadly, it was once again a lean year for writing for design, with only one Yellow Pencil awarded, and no Black.

Next week I’ll share some tips on how to make your writing groundbreaking. But in the meantime, here are some of this year’s entries that came close…

Harvey Nichols: Sorry, I spent it on myself 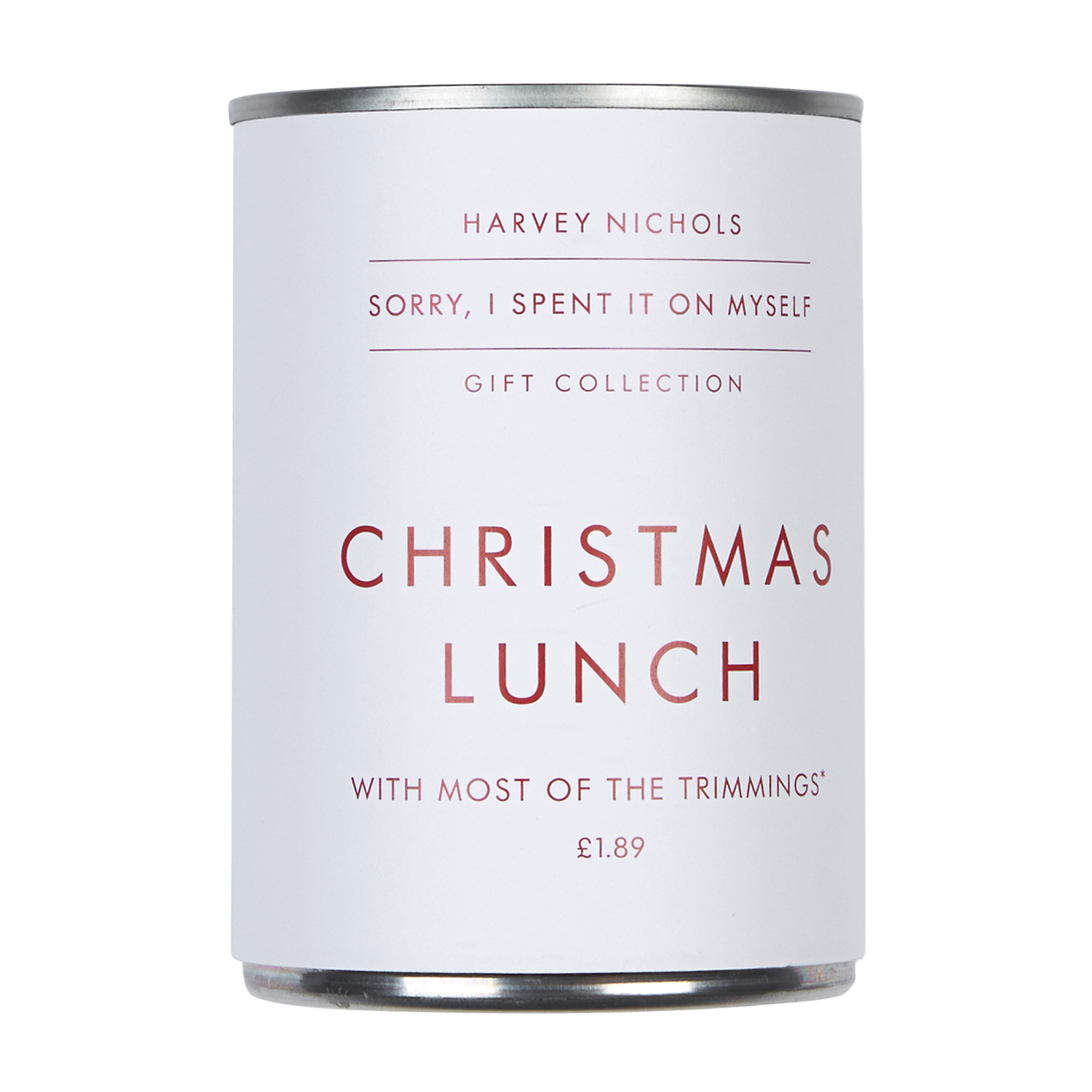 Some of you might find it surprising to see department store Harvey Nichols’ tongue-in-cheek Christmas range in the D&AD Annual for writing. It certainly divided our jury.

The packaging was deliberately ‘undesigned’ and ‘unwritten’ for a low-budget feel that’s totally out of keeping with the luxury brand – because the gift-giver ‘spent it on themselves’.

As such, there are very few words on the packaging. And yet, the writer has managed to squeeze loads of subtle wit into the short product descriptions where most others might have given in to the temptation to labour the gag.

From a content marketing and storytelling point of view, this entry really stood out for me. Indian restaurant chain Dishoom took anecdotes about the original Bombay cafes in India and retold them on their plates. A lovely way to educate and entertain diners waiting for their masala prawns and gunpowder potatoes.

It made it into the book, but didn’t get nominated – mainly because the quality of the stories, and the writing, was inconsistent across the dozens of variations on the theme. Had there been fewer, better examples, it might have gone a different way…

Minds for Minds: meeting of the minds 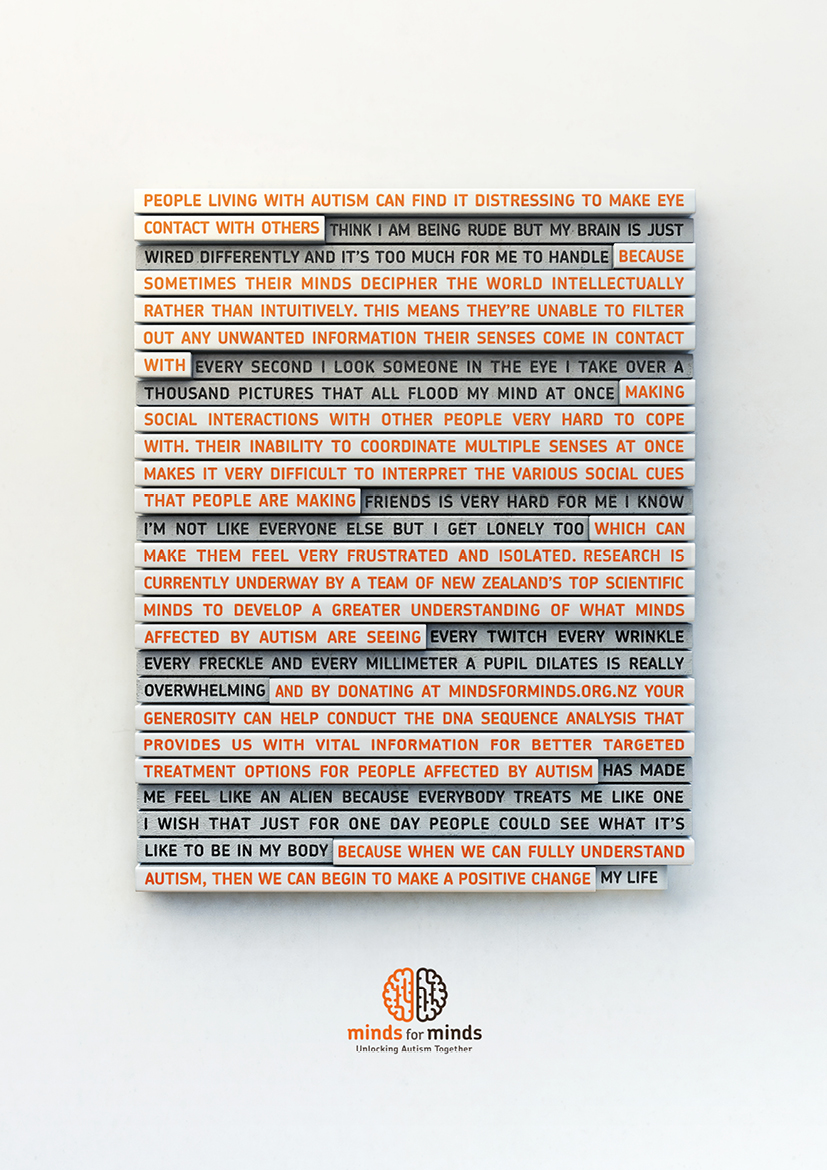 One of only two Yellow Pencil nominations, Minds for Minds’ poster juxtaposes the thoughts of a person with autism with those of a scientist studying the condition. It’s a moving piece of work that gets even better and more rewarding on a second or third reading.

Had it been up to me and me alone, I would’ve given it a Yellow Pencil.

And the winner was… The Macquarie for Phubbing 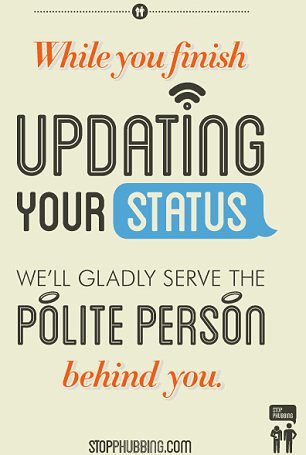 As the writing for design jury, it gave us huge pleasure to recognise a good, old-fashioned dictionary (with next to no budget) for inventing a new word – phubbing – and turning it into a phenomenally successful campaign. An example of both a great idea and consistently great writing, The Macquarie’s website had us smiling from beginning to end, hitting that sweet spot where ideas, wit and humour come together without ever trying too hard.

Not only that, but I’m happy to report that this particular judge has been keeping her phubbing habits in check ever since.

It’s happy days for job candidates. Unemployment levels in the UK and US are at record lows. Over two-thirds of businesses globally are facing a talent shortage. Almost half are intending to increase advertising for their job vacancies. The pickings are rich.

Our best writing advice rounded up.