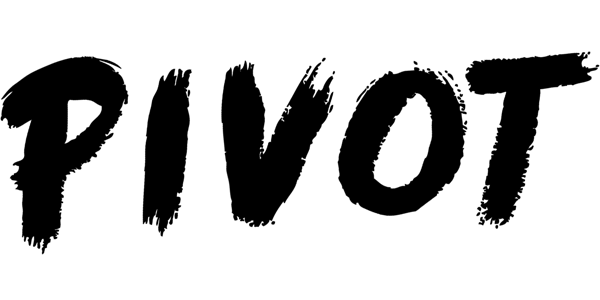 Every year we go all Mystic Meg and try to predict the word exploding into a boardroom near you any time now. Throughout 2016 we had a few words on our ‘watch list’: the ones we were starting to hear more and more in presentations and CEOs’ speeches around the world.

So this year’s winner is: pivot. (Here’s our Neil talking about it on the BBC’s Wake Up To Money podcast, 39.50 minutes in.)

It’s a word that’s had a big leg-up from a year of political turmoil. With Brexit and Trump’s unexpected win, all kinds of businesses are hastily rethinking their strategies. But announcing to the world that you’ve ‘changed direction’, ‘changed your mind’ or made a U-turn’ all sound worryingly reactive.

That’s the beauty of ‘pivot’. Because it’s a word with a specific scientific meaning, it sounds so much more specific and planned, doesn’t it? Less panic, and more physics.

The ones that nearly made it

Bubbling under were tiger team, a group of experts brought together to solve a business problem, and swim lane, an area of responsibility in business (as in ‘maybe we can all stick to our swim lanes on this one?’). Add those to your bingo card in 2017.

The sociolinguistics of your office

Of course, an obvious question is why each year ushers in a new set of business buzzwords. Well, as The Economist’s Lane Greene was saying on our podcast last month, language isn’t just about communication, it’s also about identity. And businesspeople want to sound as much a part of the in-crowd as your average socially awkward teenager. And it takes courage to reject what everyone else is doing at work, just like it was at school.

So, if you’re the person who refuses to budge in 2017 when everyone else is pivoting, we salute you.

And you’re back in the room: the return of face-to-face training

I write this from under the blast of aggressive air con in a co-working space in Singapore, looking out at a line of skyscrapers that curtain off the bay.

What’s the hidden link between mental health and language?