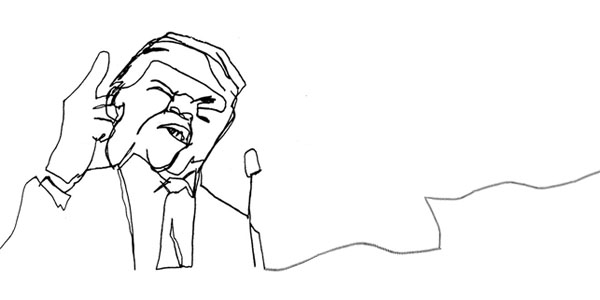 When we were watching the US presidential debates last week (no, don’t get us started), we spotted something: Donald Trump is great at naming. Bear with us.

Right through his campaign, he’s managed to ‘brand’ his opponents with what he wants us to think about them. And he’s done two things we often recommend to our clients: first, he’s found a recognisably Trumpy pattern; and second, he’s stuck to it, using them again and again.

Brands can do this trick too. Ikea’s names are beautifully, well, Ikeaish. They don’t tell you much about the products, but if you see Fjellse, Nornäs or Oppland on a big, brown cardboard box, who else is it going to be?

Apple have iPod, iPad, iTunes and so on. Now, that system’s actually not that unique (look at BBC iPlayer) or interesting, but they’ve stuck to it so relentlessly that the pattern has muscled its way into our collective subconscious.

It’s happy days for job candidates. Unemployment levels in the UK and US are at record lows. Over two-thirds of businesses globally are facing a talent shortage. Almost half are intending to increase advertising for their job vacancies. The pickings are rich.

Our best writing advice rounded up.